Before this blog became what it is now, it was just kind of a website where I would post some of my favourite pictures.  Well, it got hacked, I lost my content, and I started from scratch.

I like that it’s become more of a photographic travel blog, but I miss posting the random stuff as well, so that’s what this post is.  Some of my favourites from the past year.

This first one is from Bruce Pit, a dog walking park in Ottawa with great trails for people too. 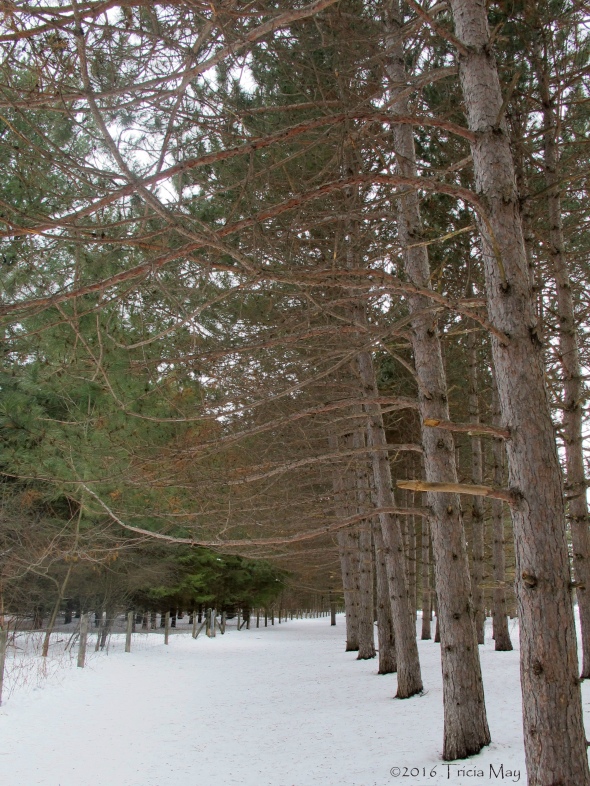 Ice carving of a dancer…with a dripping foot, at our annual winter carnival, Winterlude. 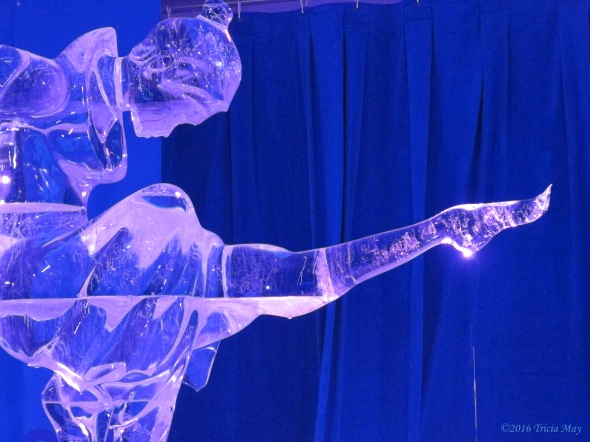 This massive snapping turtle was ambling across the road at the entrance to Mud Lake, a wetlands conservation area near my place in Ottawa.

I have a love/hate relationships with zoos.  I hate animals being in captivity, but I realize that they provide a good exposure and learning environment for people, especially kids.  These are from the Toronto Zoo in the spring. 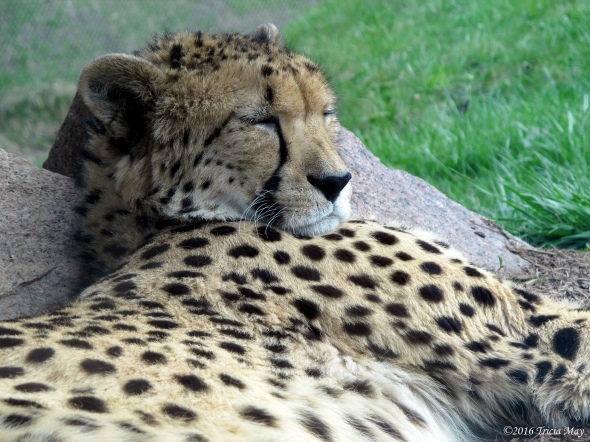 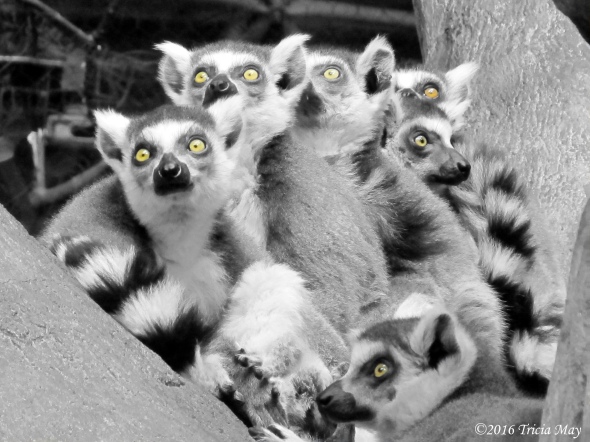 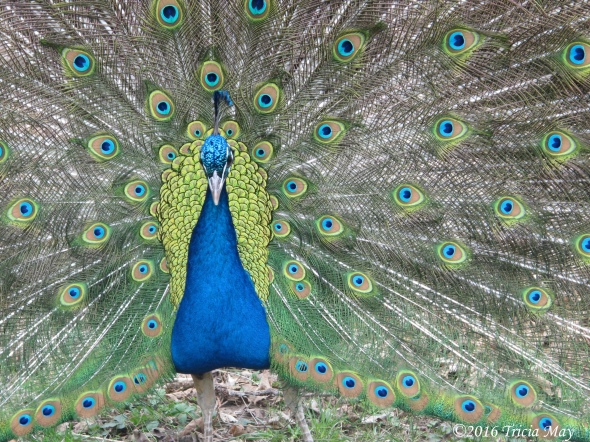 Speaking of spring, I love the colours of new growth.  Take samaras, more commonly known as ‘helicopters’, from maple trees.

Ottawa is home to a huge tulip festival thanks to Princess Juliana of the Netherlands.  During WWII, Ottawa sheltered the royal family, and Princess Juliana gave birth to Princess Margriet at the Ottawa Civic Hospital.  By 1945 they were back in the Netherlands, and as a thanks for their stay, and for Canada’s role in their liberation, Ottawa was sent 100,000 tulip bulbs.  For every year of of her reign, Queen Juliana sent thousands of bulbs to Ottawa, which were planted throughout the city.  Ottawa currently plants over one million tulips every year, and that doesn’t count those planted by people in their home gardens.  Normally I would take literally a hundred photos during the festival, but this year, with a combination of work and bad weather, I barely took any. 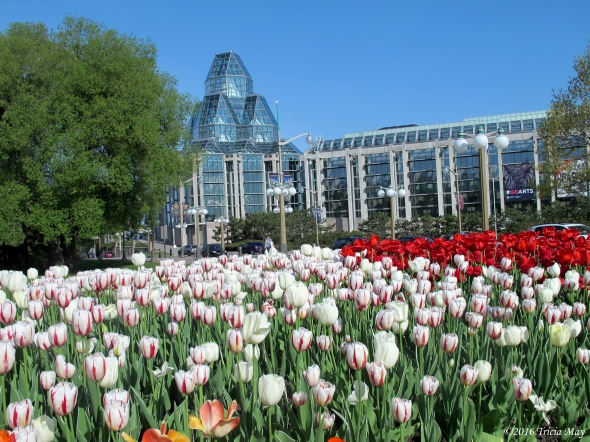 Tulips across from the National Art Gallery

On my walk home, I often pass this stand of crab apple trees.  Their blooms were impossible to resist. 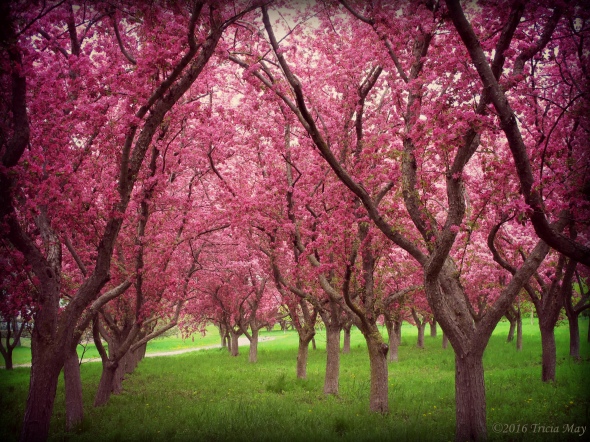 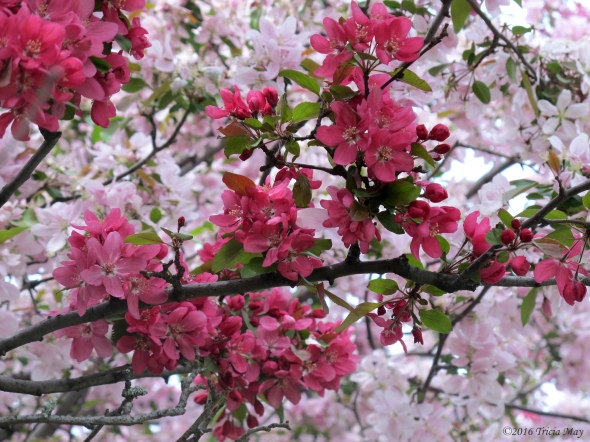 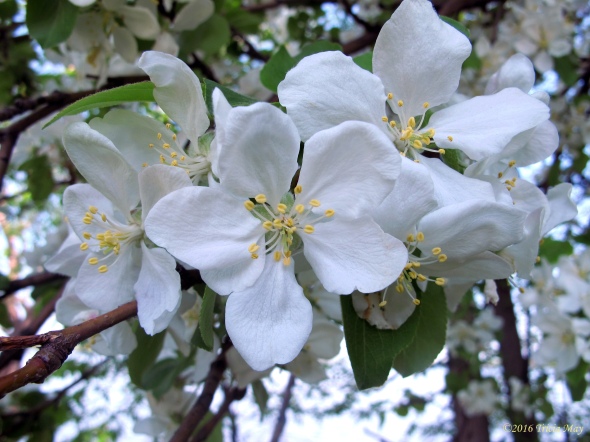 One of my favourite bike paths brings me to Shirleys Bay, yet another wetland in Ottawa’s west end. 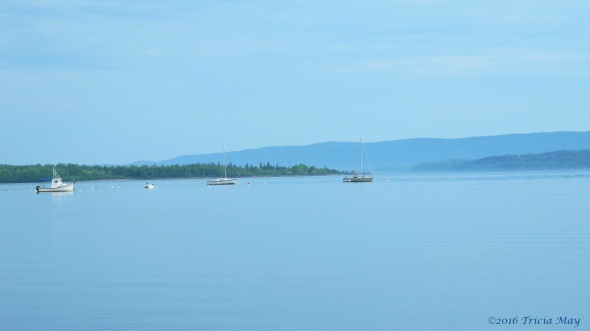 Near the local boat launch at Shirleys Bay

Lily of the Valley

During the summer, my girlfriends and I rented a cottage on Prince Edward Island.  Minutes from a provincial park, a view of the ocean from our deck, and great weather made for a wonderful vacation. 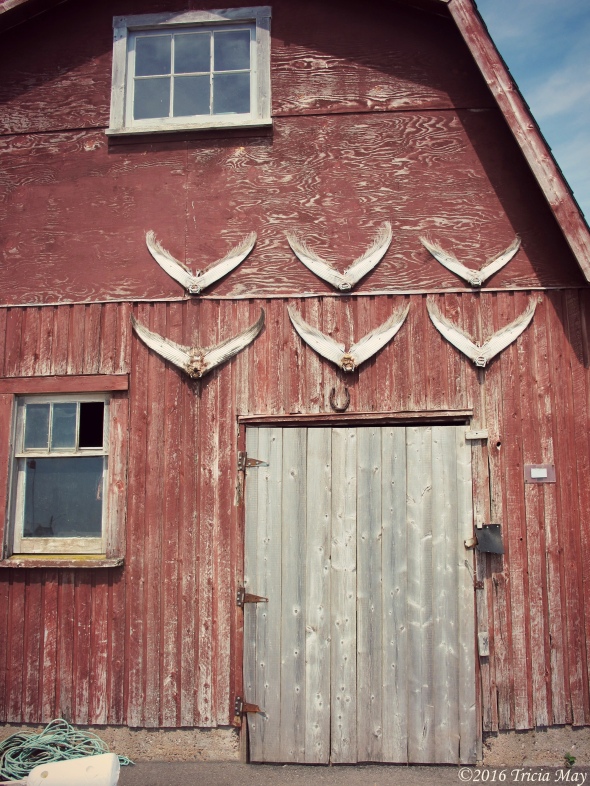 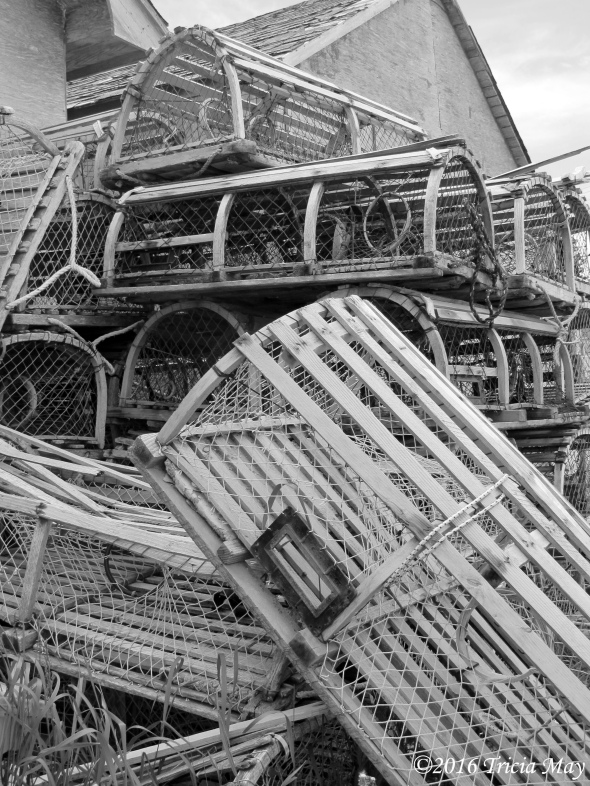 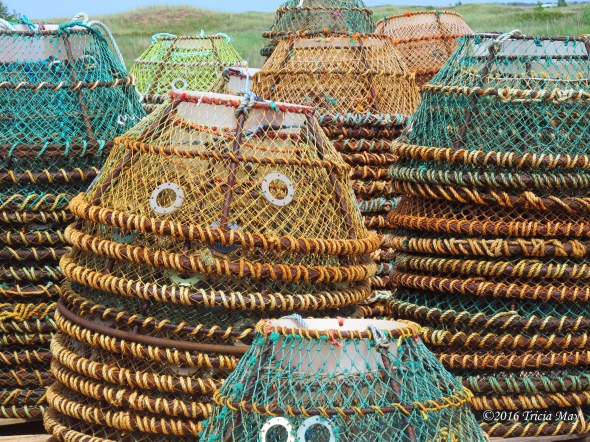 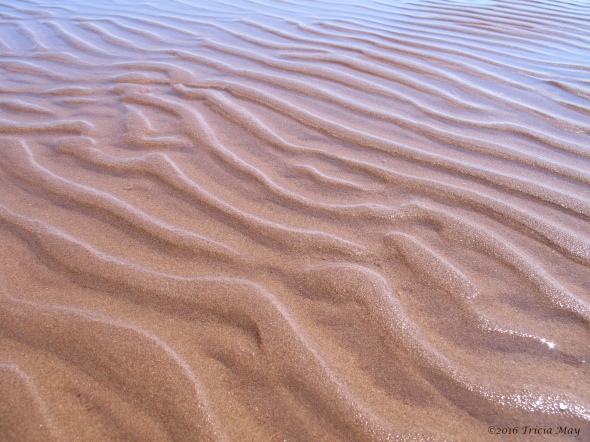 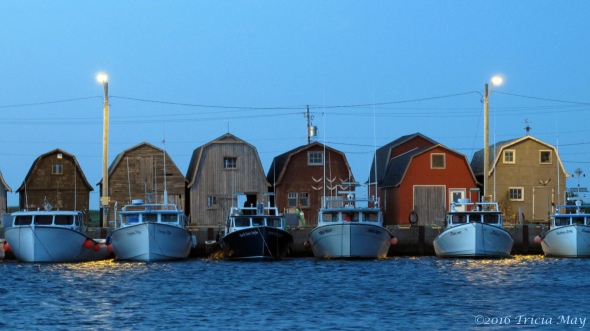 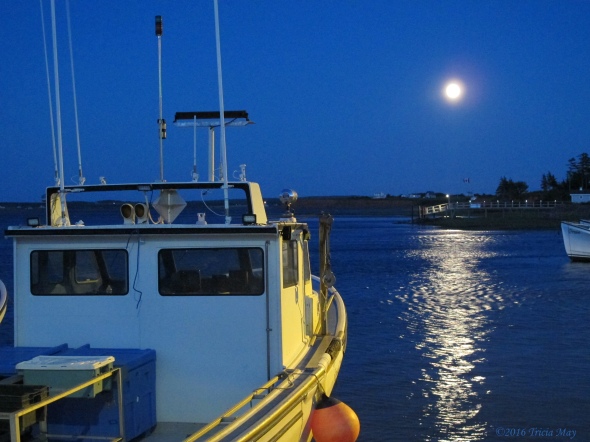 Strawberry moon on the summer solstice 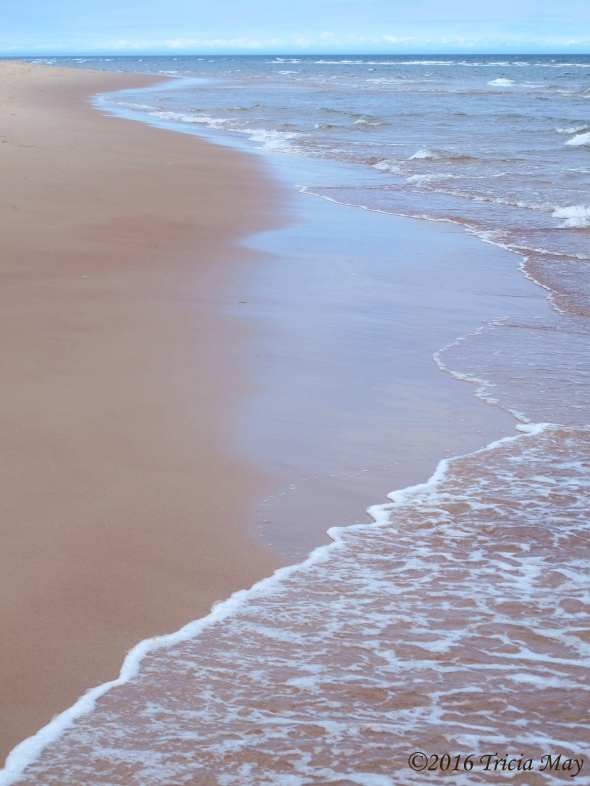 Taken along Highway 20 from the passenger side window

Autumn…my favourite season.  The colours, the sound of leaves crunching underfoot, the scent of them on the ground, the briskness in the air.  Perfect.

I love a good snowstorm.  This is the view from the base of the Rideau Canal lock system in Ottawa, with the Alexandra bridge crossing the river to Gatineau. 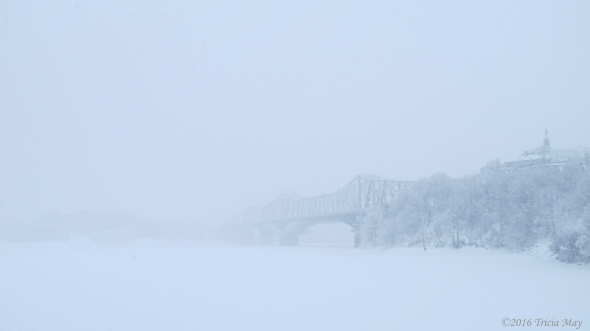 Those are some of my favourites from 2016.  Enjoy.

I love winter.  Seriously.  I’m the type of person who rubs fresh fluffy snow on my face to feel the cold, to smell the unmistakable clean crispness that only comes from a new snowfall.  I do this with bare hands.  I love the squeak under my boots, the blinding sparkles that comes with the flat flakes that I refer to as diamond dust.  The rosy cheeks, the tingle that comes after you get back into a warm setting.  I love it all.

For a reasonable amount of time.

Spring seems to have forgotten us here in Canada this year.  We are currently in the last week of March, and it should not be this cold.  I just looked it up…the usual average temperature for this time of year is about 6C.  That’s above zero.  Yesterday…-30C in the wind.  Even I am starting to have enough.

One thing I normally love about winter is getting out on my skiis and taking pictures.  Because of a knee injury I wasn’t able to go but once , so that may have something to do with my grumpiness.  I still managed to take some, but walking in the white stuff was rather painful, so I didn’t get many.  Here are a some of my favorites.  Enjoy. 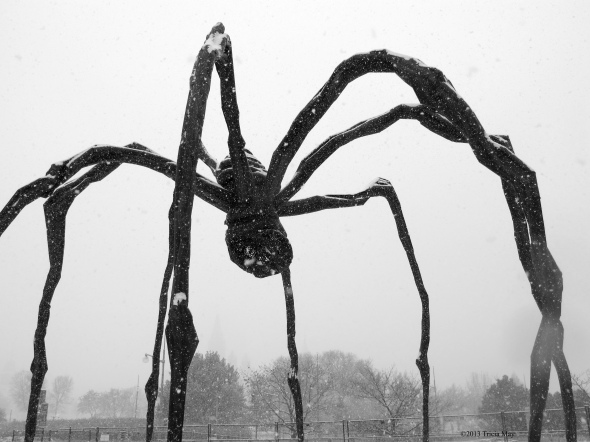 Maman outside the National Art Gallery

On my way to work

Parliament Hill on a snowy morning

The Cenotaph after a snowfall

Coloured lights in a tree

The Rideau Canal with Parliament and the Chateau Laurier Hotel 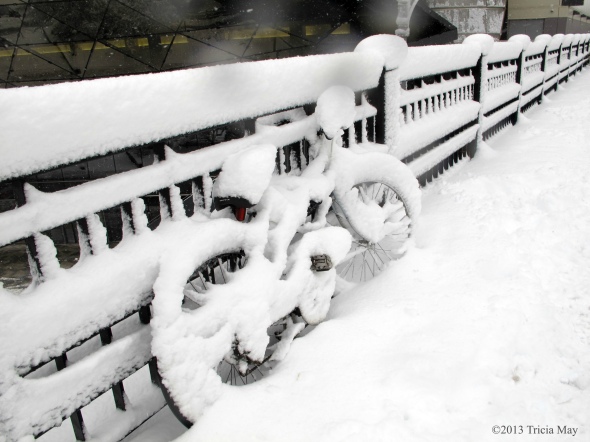 It’s gonna be a tough ride home for someone

The Rideau Canal with Parliament Hill in the background

Stairs off of Elgin Street 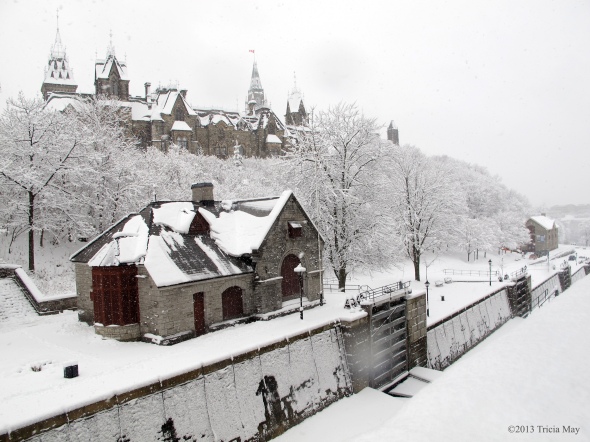 Lockmaster’s Office along the Rideau Canal

Beside the Chateau Laurier Hotel 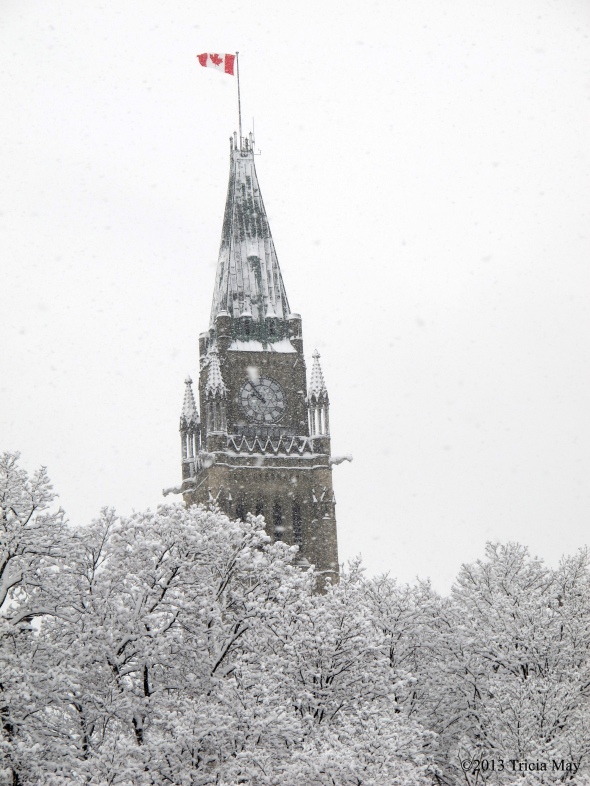 The Peacetower from Major’s Hill Park 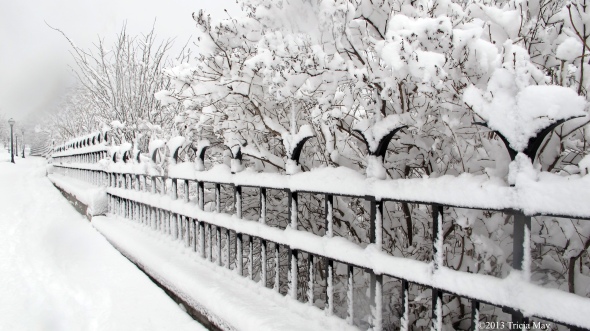 Peeking through the snow at the “Women are Persons” monument 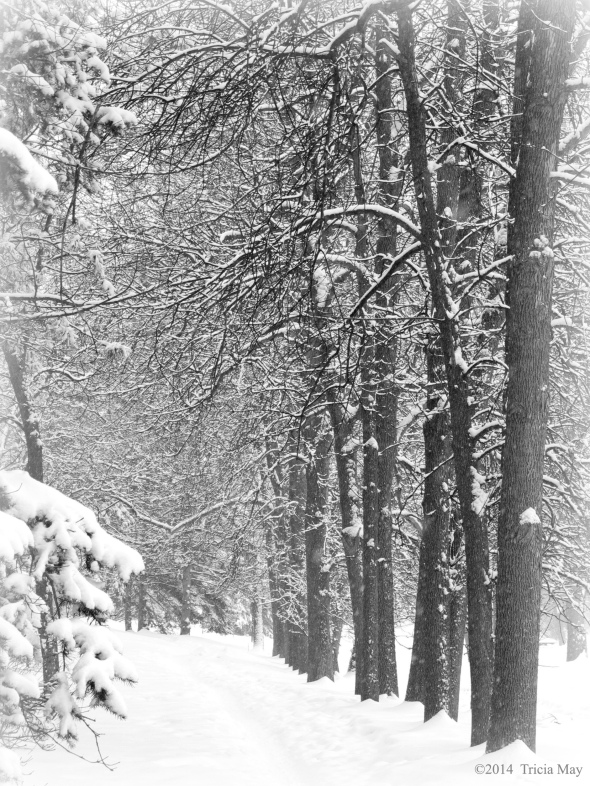 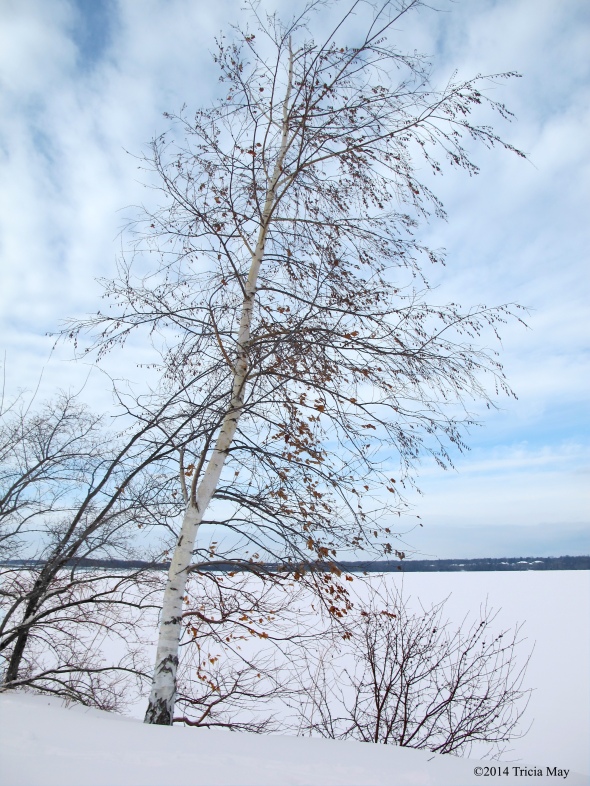 Birch tree along the Ottawa River

Birch along the Ottawa River

Just some fungi and some snow

Tracks in the snow

Along the Ottawa River 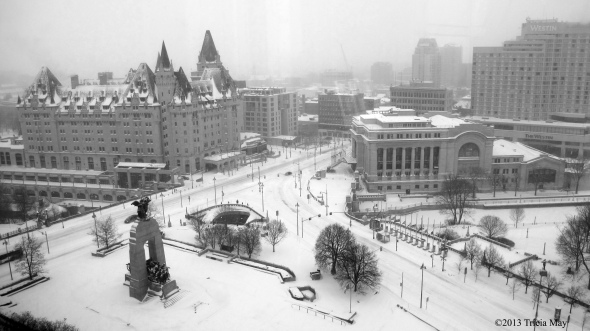 Early on a snowy Sunday morning in downtown Ottawa